The Konnected Alarm Panel Interface module (included with our Interface Kits) works in-parallel with a traditional wired alarm system, allowing you to monitor the wired zones and outputs on the traditional system in your smart home platform via Konnected.

Use this method only if you want to keep your existing alarm system and keypads.

This page describes the latest model of the Konnected Alarm Panel Interface module, v2.1, which features a built-in relay. Click here for wiring diagrams for the older v2.0. 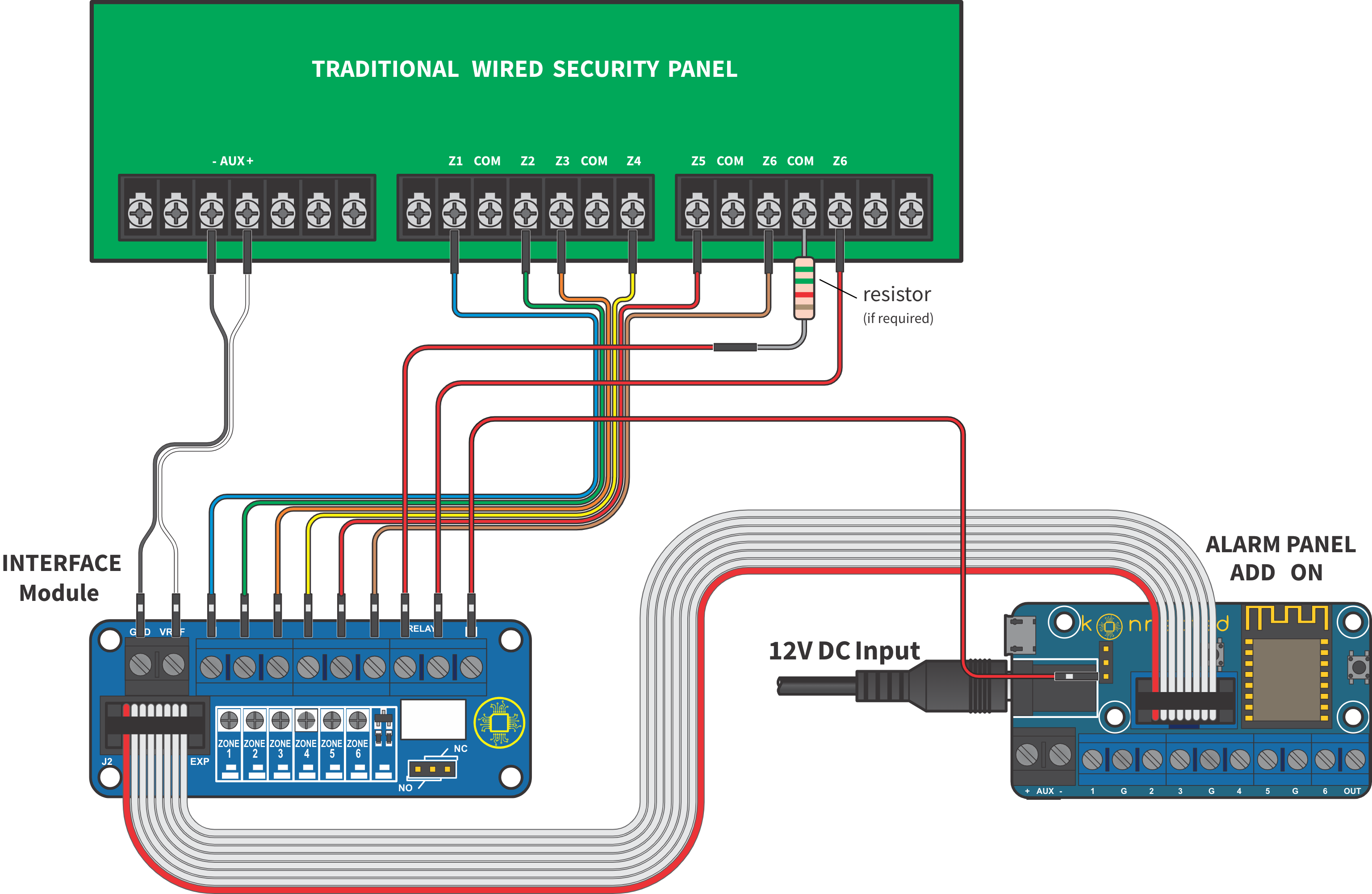 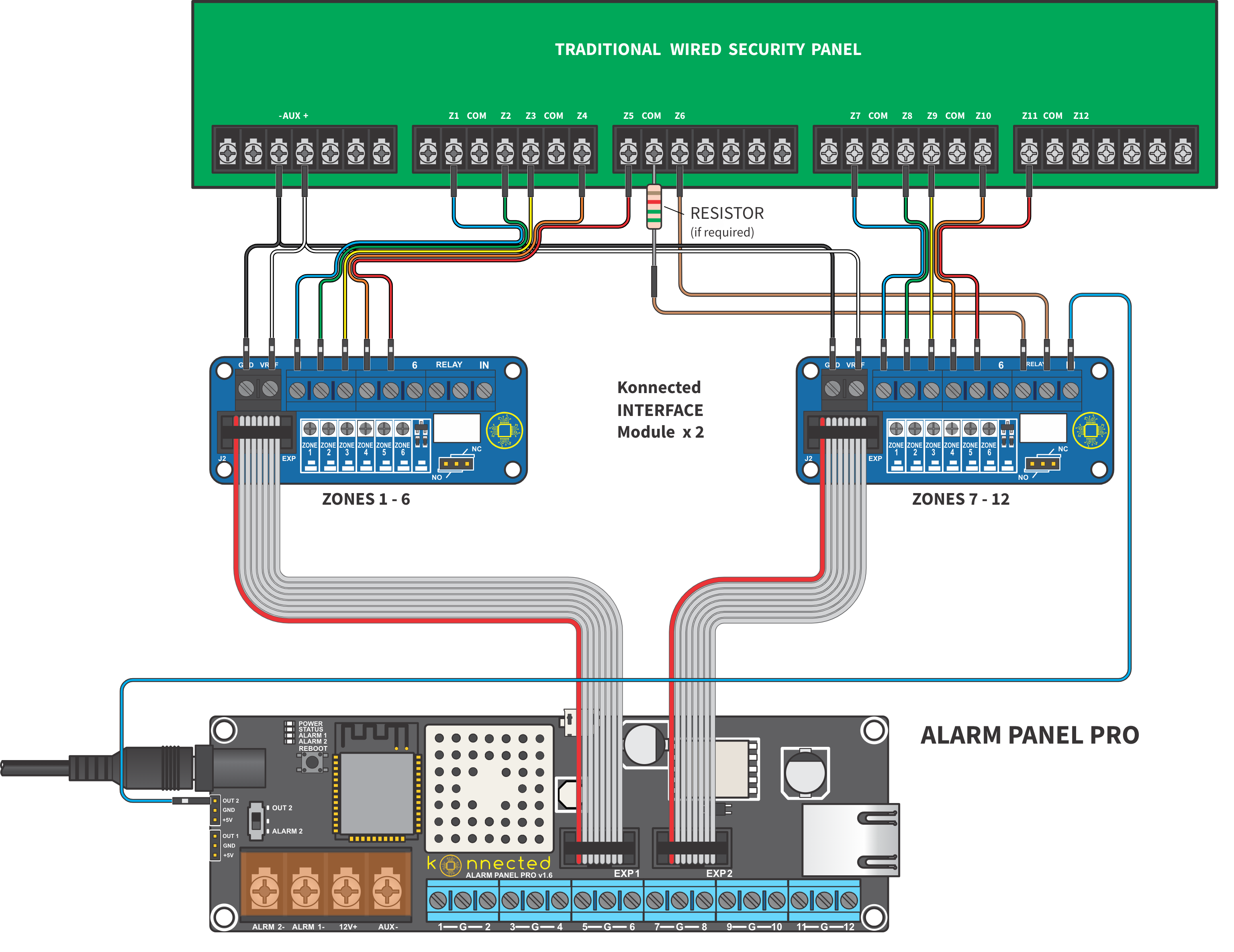 The inputs on the Interface module need to be tuned after installation to account for different resistance values on your wired sensors. This only needs to be done once.
If your sensors do not have any resistors, the orange LED may never turn off when the zone is closed. In that case, turn the dial all the way counter-clockwise until it stops (don't force it!) and check that the orange LED turns off when the zone is opened.

Use with Programmable Outputs

Next Step: Wiring a Keyswitch for remote Arming/Disarming