Soon after the original Konnected Alarm Panel was introduced, a few users reported that nearby lighting likely damaged their Konnected devices. We discovered that the sensor wires in your home can pick up a surge of electricity from nearby lightning, damaging the WiFi module on the device. Wiring diodes between the device and the sensor wires can protect the wifi module from surges of electricity.

Diodes work by only allowing current to flow in one direction. It's important that the diode is installed in the correct orientation! 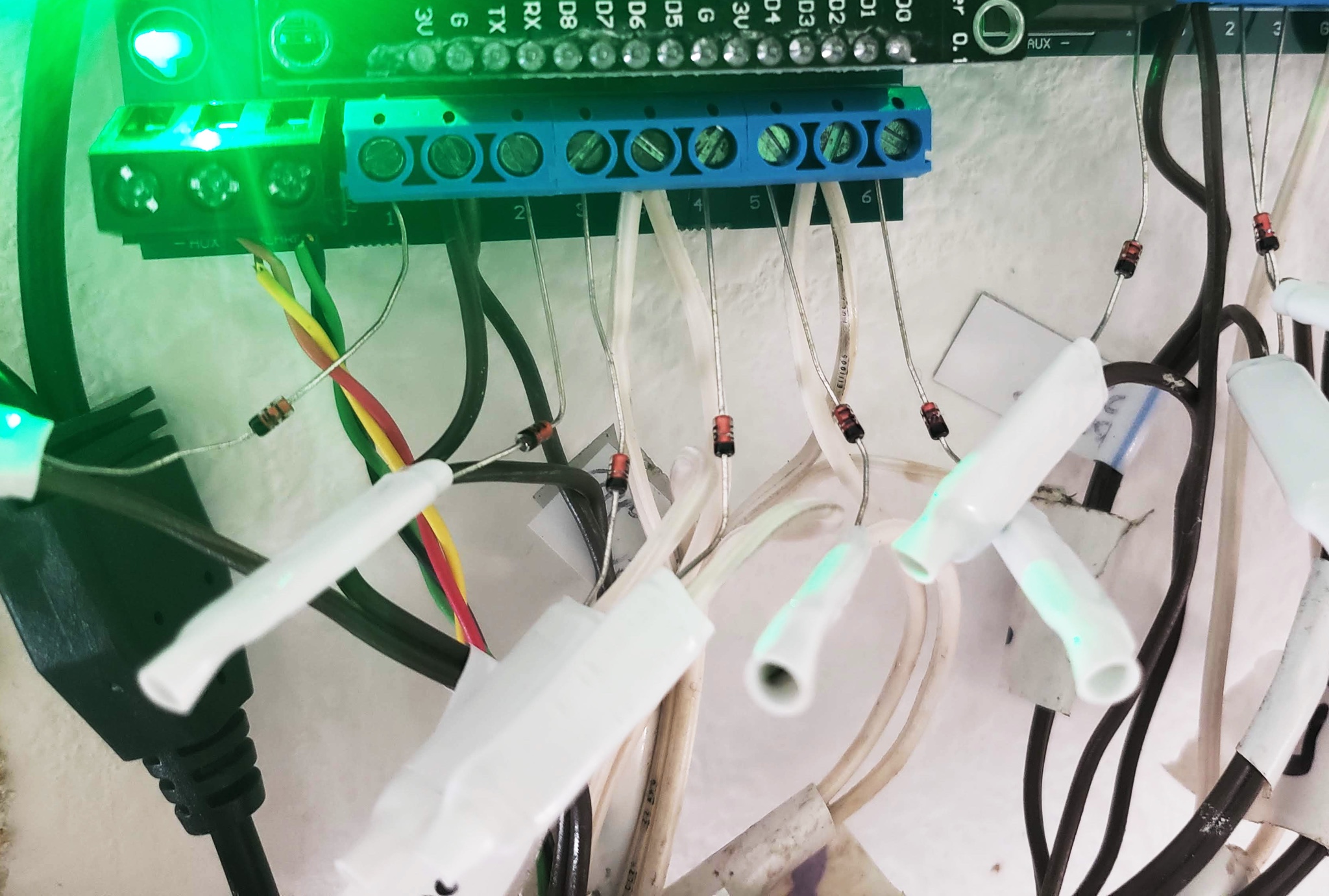 Diodes should be crimped on to the end of each wire that's going into zones 1 - 6. Twist the black end of the diode with the end of the copper sensor wire and cover with a wire connector. Crimp the connector with a crimp tool or pliers. The teeth inside the connector will hold the wires together. Give it a gentle tug to make sure it's secure.

Connect the other end of the diode to each zone as shown. Diodes are not needed on the G terminals or AUX/siren terminals.