Motion Sensors, or more specifically passive infrared (PIR) motion sensors, use infrared light to detect large moving objects (like a person) in the interior of your home. These are usually mounted in the corner of a room near the ceiling in living areas of your home. Most motion sensors installed for security  systems operate on 12V DC power and are connected to four wires: two for power and two for the motion signal. Red and black wires are usually the positive and negative power wires respectively. The other pair of wires could be any color and carry the motion detection signal. These operate like a Normally Closed (NC) switch: When no motion is detected, the signal circuit is closed. When motion is detected,the signal circuit is open.

Identify Wires for your Motion Sensor 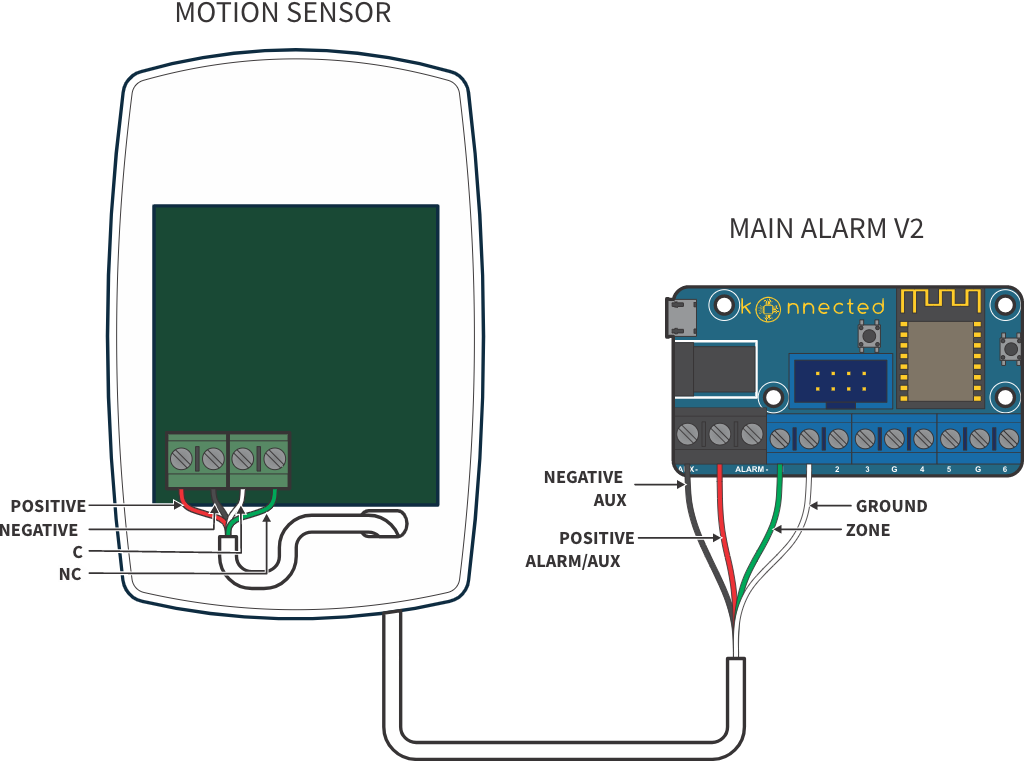 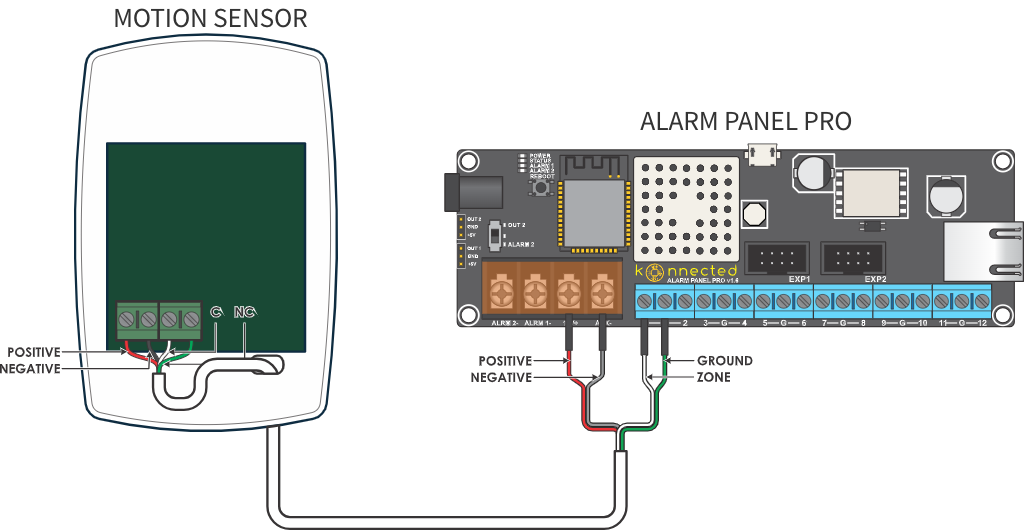 Once you’ve connected the motion sensor power wires, connect the signal wires to G(round) and Zone 1-5 on the bottom right side of the board.

Most alarm system motion sensors are hard-wired to be normally closed (NC). Some motion sensors have both NC and Normally Open (NO) contacts. If your hardware has this option, use the NC contact.

Next Step: Wiring your Alarm