Wiring Your Window and Door Sensors

Door and Window Sensors are referred to as Contact Sensors because they activate when the two halves of the magnetic sensor come in contact. When the door or window opens, the contact is broken.

Identify Wire Pairs for each Sensor 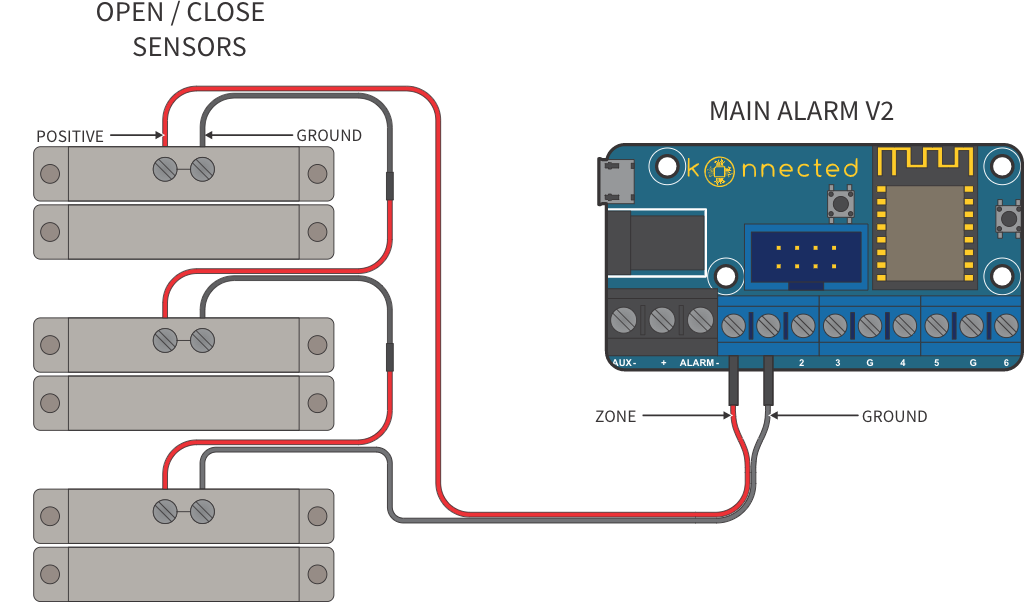 Zones are two or more sensors wired together in series. When any one door or window in the zone is open, the zone reports it as open.

Connect zones the same way you’d connect a single sensor, connecting the first and last wire in the series to G and to input.

Most alarm system door and window sensors are hard-wired to be normally open (NO). Some contact switches have both NO and Normally Closed (NC) contacts. If your hardware has this option, use the NO contact.

Next Step: Wiring your Motion Sensors