D
Duane
started a topic over 2 years ago

Individual Unit Capacity Test - With a 1.1 amp load on the 12V output, the average actual capacity of these fully charged Konnected Battery Backup units is 19.2 Watt-hours each. Ideally, ignoring thermal and transfer losses, a 2600mAh 3.7V cell has a capacity of 9.62 watt-hours. For three cells combined, that is ideally 28.86 watt-hours. Comparing the ideal vs. actual, there is a 67% conversion and transfer efficiency, which is not atypical for low-cost Li-Ion storage systems.

Combined Units Capacity - With a 1.1 amp load on the output of a DC-DC converter, the combined actual capacity of two Konnected Battery Backup units is 38.1 Watt-hours. This test confirms the viability of stacking multiple units to achieve greater capacities.

The 12V outputs of two backup units are placed in series, to yield a 24V output. To assure ground isolation, each backup unit is powered/charged by a dedicated AC120V 12V PSU. The inputs of each 120V PSU are connected to Line and Neutral, but are not connected to Ground (e.g. third prong). 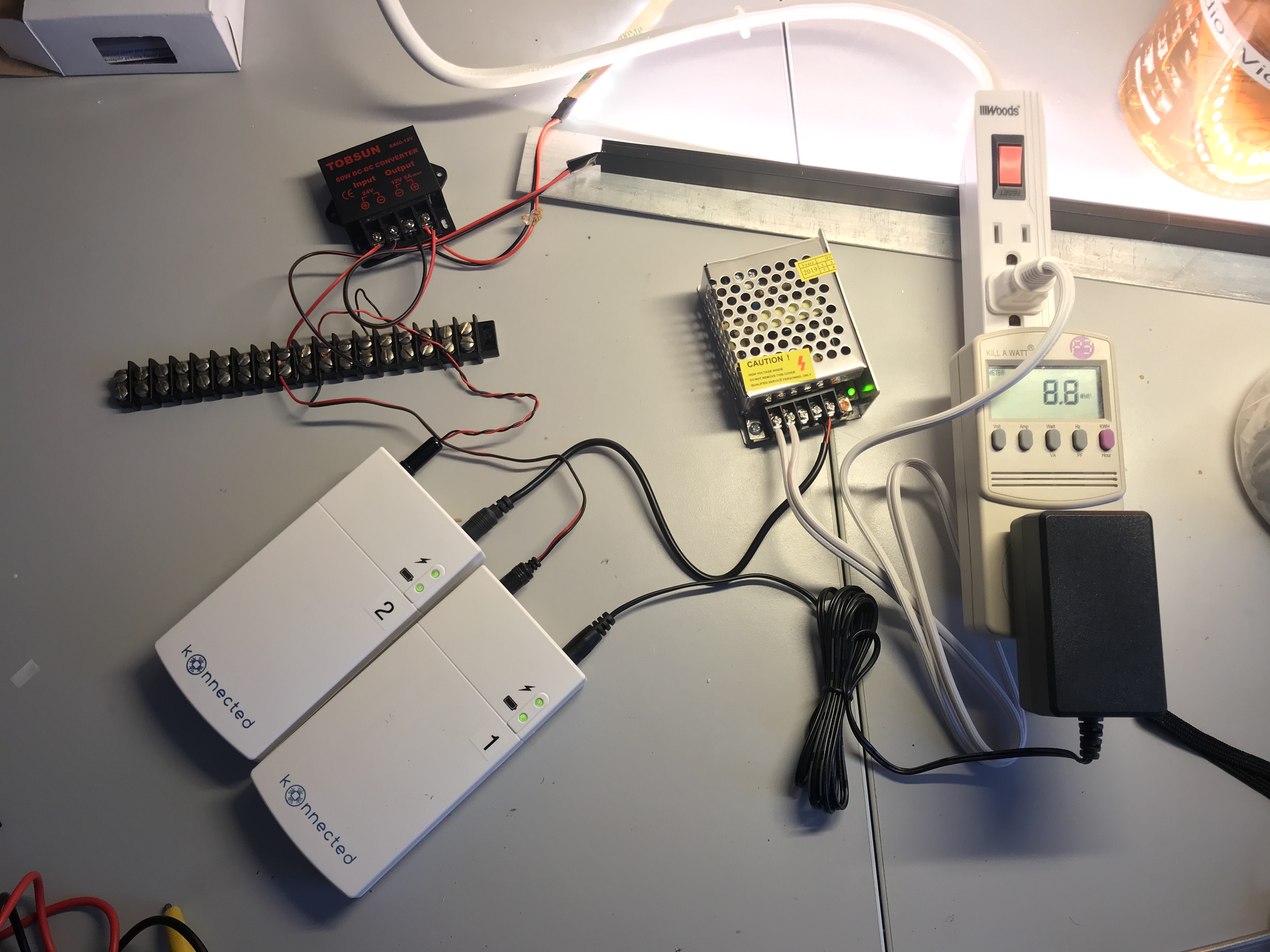 Procedures and Results for the Combined Units Test

Unit test: I did not test for the maximum SUSTAINED load while the unit is charging. The supplied power supply for the battery unit is rated at 24W, and the output of the battery unit is also 24W max. Obviously, these two devices together cannot power a 24W sustained load on the battery unit. It is worthwhile to run a test with the 36W PSU to see if the Konnected Battery Backup can sustain a 24W load and simultaneously charge the Li-Ion cells. However, I am hesitant to run any max-load tests on my two battery units as I have plans to use them, and don’t want to have to purchase new units if I fry something.